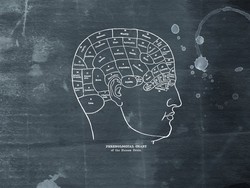 How much information can the world transmit, process, and store? Estimating this sort of thing can be a nightmare, but the task can provide valuable information on trends that are changing our computing and broadcast infrastructure. So a pair of researchers have taken the job upon themselves and tracked the changes in 60 different analog and digital technologies, from newsprint to cellular data, for a period of over 20 years.

The trends they spot range from the expected—Internet access has pushed both analog and digital phones into a tiny niche—to the surprising, such as the fact that, in aggregate, gaming hardware has always had more computing power than the world’s supercomputers.

The authors were remarkably thorough. For storage media, they considered things like paper, film, and vinyl records, and such modern innovations as Blu-ray discs and memory cards. To standardize their measurements across media, they used Shannon’s information theory to consider data storage in terms of optimally compressed bits. They also tracked technology, noting that in the year 2000, bits of video were compressed using cinepak, which was far less efficient than the current MPEG-4 format; calculations were adjusted rest is here