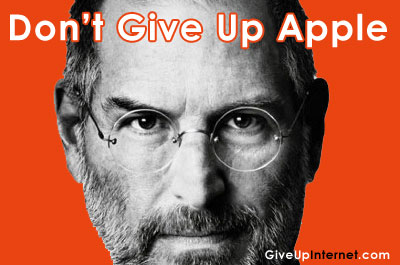 Here is the Letter | What does this mean? First and foremost, that his health is not declining rapidly as our source affirmed. Thank god for that. Like I said in our article, I hoped our source was wrong about it. Steve Jobs is saying that he is recovering. That’s good.But we were right on something almost as important: The reason why Steve Jobs is not doing the Macworld 2009 keynote is his health. Apple PR muscle tried to mislead the public saying that the reason was the irrelevance of Macworld. They said they didn’t want to give importance to a show that Apple was pulling from.

The truth, as written by Steve Jobs himself, is that his health is the real reason. He didn’t want to put himself under the ordeal of preparing the keynote—the hardest part—and delivering it for two hours. And that’s why he decided to take time off with his family and keep recovering.

Steve’s no dummy. I applaud him taking this time to be with his family, and I’m personally quite happy to hear his weight loss appears to stem from a rather strange but reversible affair. While the keynote will be odd without him, let’s hope this puts a little water on the doomsayers out there. Steve’s not going anywhere just yet — so everyone relax this week and enjoy the spectacle at Macworld. – from TUAW

Speculation about Jobs’s health had been rampant since it was announced last month that for the first time in 11 years he would not be giving the keynote speech at Macworld, the annual cult-like gathering of Apple devotees.

Marketing vice president Phil Schiller is to give the keynote at Macworld, which runs from January 6-9 and features more than 450 companies promoting gadgets, gear, software or services tailored for Apple products. – from AFP

Steve Jobs and Apple have, finally, broken their silence about Jobs’s health, after rumours that he must be seriously ill had been allowed to build up for weeks after the company announced that he would not be giving the keynote speech at MacWorld, which starts today. The timing of the announcements is fascinating: rather than putting paid to speculation, as could have been done at the time, Jobs and Apple put out their statements, blaming his weight loss on a “hormone imbalance”, just as MacWorld is getting prepared… and Steve Ballmer is practising his speech for CES on Wednesday. Effortlessly, Jobs has wrenched the spotlight away from CES and MacWorld without even going there. – from Guardian

Mr. Jobs’s keynote speech had headlined the annual MacWorld show in San Francisco every year since 1997. Apple has in the past used the conference to make major product announcements. But last month Apple said marketing chief, Philip Schiller, would make the keynote speech at the show, which kicks off Tuesday.

That news caused Apple’s stock to fall as it set off a flurry of speculation about the reasons behind the decision. At the top of the list was renewed concern by investors that Jobs, a pancreatic-cancer survivor, was sick again.

Despite an obvious distaste for talking publicly about his health, Apple released a letter today from Jobs designed to dispel the rumors that his cancer has returned, but which reveals that a mysterious “hormone imbalance” has caused him to lose weight. It also admits that this health problem indeed was one of the reasons why Jobs won’t be giving the Macworld keynote. (Apple’s chief marketing officer Phil Schiller will be filling in for him instead). – from Techcrunch

So there we have it: Steve isn’t so sick, Apple isn’t pulling out of MacWorld because it thinks the show sucks, and we’re all morons for prying into Steve’s business.

1. Steve is really sick.
2. Apple is pulling out of MacWorld because it sees the ROI on big shows as less than nothing.
3. We’re all morons for prying into Steve’s business.

A mere day before the big shindig at the Moscone, Steve Jobs has come clean about his much-discussed weight loss in a open letter to the Apple community, saying that a hormone imbalance is to blame. “The remedy for this nutritional problem is relatively simple and straightforward, and I’ve already begun treatment,” says Steve. Doctors expect it to take him until late Spring to regain the weight and body mass, and Steve will stay on as CEO during his recovery. Oh, and if you hadn’t guessed, Steve isn’t so big on the personal stuff: “So now I’ve said more than I wanted to say, and all that I am going to say, about this.” – from Engadget

You, I and all who were speculating have no idea how Steve must be feeling, for he had to deal with a life-threatening pancreatic cancer a couple of years ago, before being struck by this mysterious hormone imbalance. When you are unwell, you want to spend a lot of time with your family, and it is good to see Jobs do exactly that. In doing so, he is bringing home an issue that Silicon Valley has failed to come to grips with. Being a workaholic has its price — at the end of it all, you can pay with your life. Even supermen like Steve Jobs aren’t immune to it. – from Gigaom