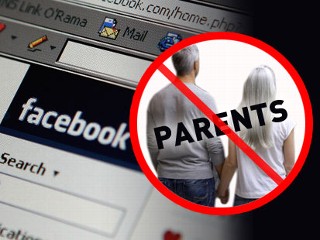 Finally, abcnews surprised us and added an interesting story (by ALEXA DAVIS) . “The Facebook group entitled “For the love of god — don’t let parents join Facebook” has 5,819 high school and college-aged members who want to stop the growing number of parents who are joining Facebook, the massively popular social networking site, from “spying” on them.

Many Facebook users already know that employers, teachers and admissions officers at universities use Facebook to check up on potential employees or students, but the recent dramatic increase in the number of parents using Facebook seems to disturb many younger users more than the presence of any other demographic.”

->Image Credit: Getty/ABC News)
->Read The Rest of The Story (not recommended, why, because to disabling parent to facebook is a sucking idea. That’s Why. )